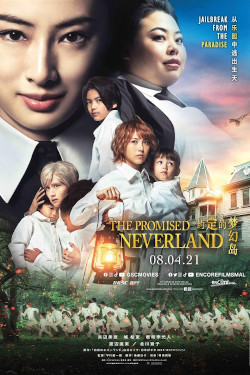 A live-action adaptation of the Japanese manga series of the same name. It revolves around an orphanage called Grace Field House, where Emma, Norman and Ray live with their "mother", Isabella, who takes care of all the orphans there. When the children reach a certain age, they will be sent to live with adopted families. The three friends look forward to this at first, but then they learn of the orphanage`s dark secret that involves the children there. Now they must try to escape from the place before it`s too late for them.