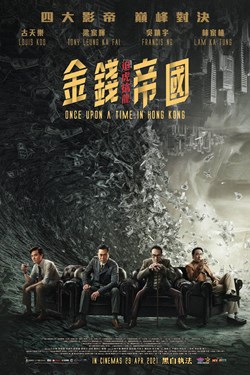 Once Upon A Time In Hong Kong (Cantonese)

In the early 70s Hong Kong, corruption was a rampant as ever. Chinese detective sergeant Lak Chui (Francis Ng) colluded with Cripple Ho (Tony Leung Ka-fai), lord of the underworld, and made billions of dollars through bribery. Lawyer Hank Chan (Louis Koo) despised this kind of illegal acceptance of benefits and believed this deprived the public from fighting for their own rights. His luck came when he met Nash Pak (Lam Ka Tung). Nash admired Hank's integrity and invited him to join the ICAC. The fight between the righteous and the evil had begun.