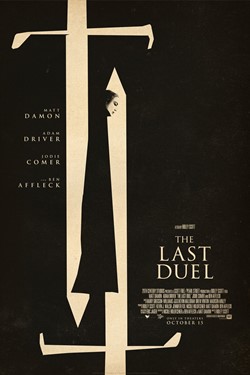 Following his return from war, Knight Jean de Carrouges accuses squire Jacques Le Gris of raping his wife Marguerite, even though no one believes her. When de Carrouges appeals to King Charles VI to undo Count Pierre d`Anencon`s decision, which favours Le Gris, the king declares that de Carrouges must settle the dispute by challenging Le Gris to a duel. The winner will be the man who is left alive at the end of it and if de Carrouges doesn`t win, his wife will be burned at the stake.